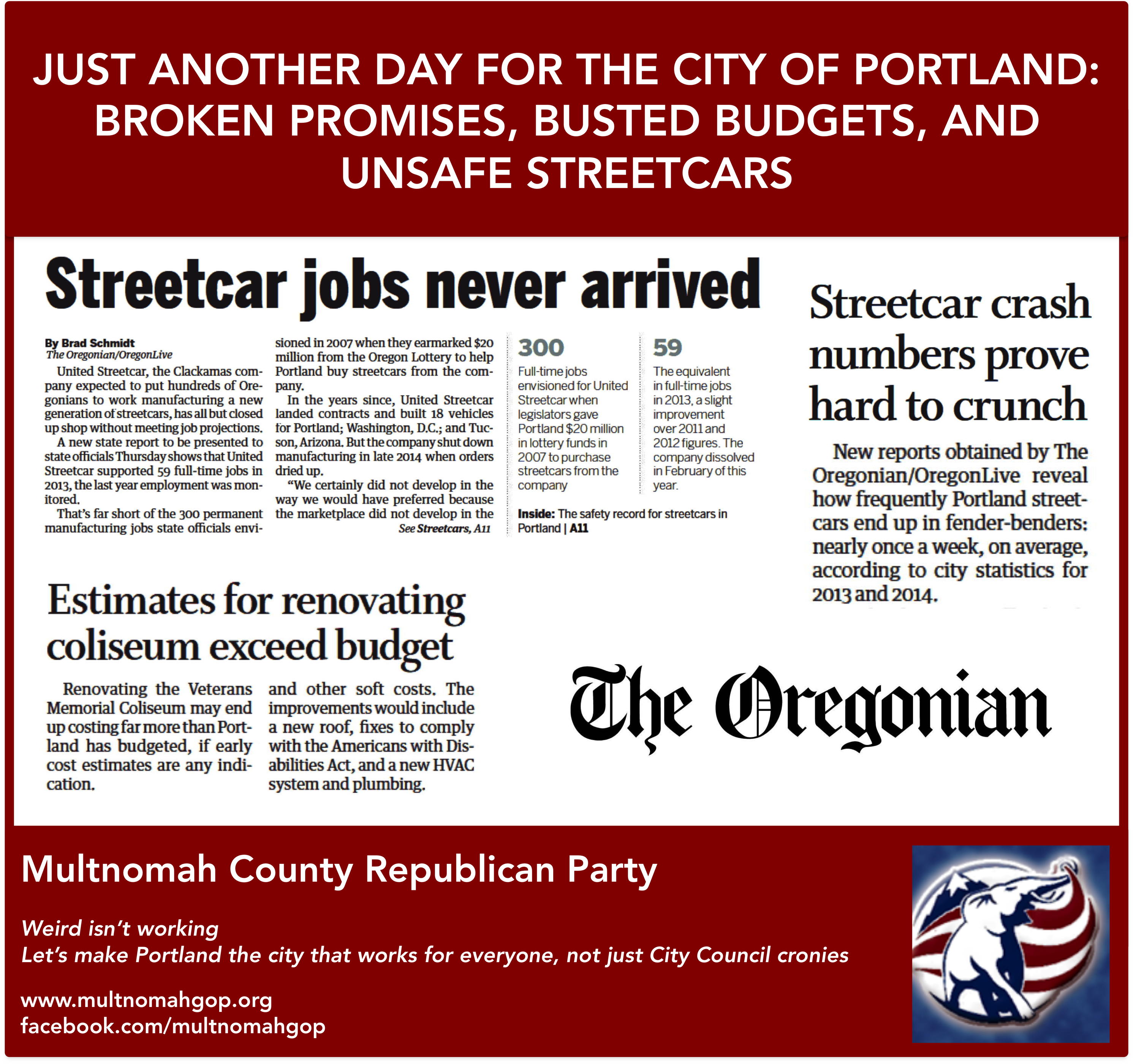 United Streetcar, the Clackamas company expected to put hundreds of Oregonians to work manufacturing a new generation of streetcars, has all but closed up shop without meeting job projections.

Then, there's the story of busted budgets:

Renovating the Veterans Memorial Coliseum may end up costing far more than Portland has budgeted, if early cost estimates are any indication.

New figures show construction costs alone could run from $37 million to $89 million, depending on the extent of improvements.

And, third, there's the story of a unsafe streetcar system that is responsible for a wreck a week:

New reports obtained by The Oregonian/OregonLive reveal how frequently city streetcars end up in fender-benders: nearly once a week, on average, according to city statistics for 2013 and 2014.

Help Multnomah County Republicans put an end to Democrat's mismanagement. You can help by donating, $5, $10, $100 or more at: multnomahgop.org/donate