The Multnomah County Republican Party (MCRP) warns the people of Gresham that their entire City Council is either clueless or committed to overthrowing the Constitution.  The City Council has unanimously approved the flying of a flag that constitutes the official logo of a radical Marxist "Black Lives Matters" group.  The distinctive "three yellow stripe" flag Gresham is flying is the same flag sold on the Marxist group's website. 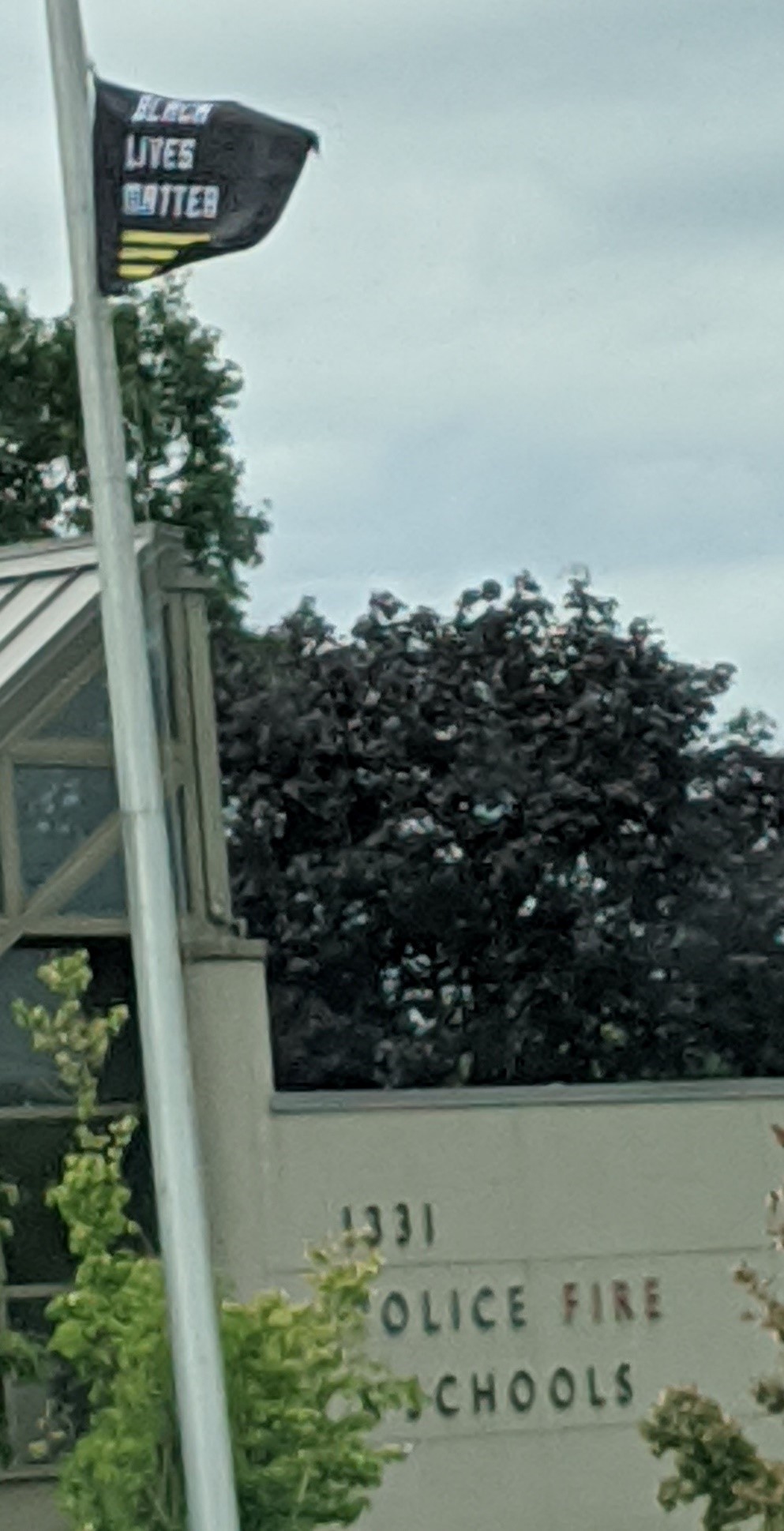 "We as Republicans, the party of Lincoln, obviously have no objections to promoting messages of racial equality," says Chairman James Buchal, "but these City Councilors are tarnishing the City of Gresham by flying the flag of a radical Marxist organization hostile to all fundamental American values."

Two of the three organizers of the group have publicly admitted that they are "trained Marxists". Marxism is a vicious and divisive ideology that has killed more people than any other on the planet, and many of the local groups promoting the message that "black lives matter" are far-Left front groups that are using racial justice as a Trojan horse for Leftist policy and ideology.

The BLM group's website, blacklivesmatter.com, offers an overview of the radical nature of the group, and other sources confirm its agendas. The MCRP is firmly opposed to the group's website message that "police don't keep us safe". "We reject the idea that bad actions by bad officers define policing in America," says Buchal, "and we reject the idea that systemic racism requires massive 'reeducation,' censorship of opposing views, and punishment for dissent in the Marxist fashion."

The BLM organization's radical Guiding Principles even include "disrupting the Western-prescribed nuclear family structure". For the MCRP, the flag is also objectionable given that at least one of the founders of the group has stated on CNN that "our goal is to get Trump out".

The MCRP understands that a demonstration will be held outside the Gresham City Hall Council Chambers at 1331 NW Eastman Parkway on Wednesday, July 22, 2020, at 6:00 p.m. Members of the public are encouraged to attend to show their support of Gresham police, support of President Trump, and opposition to radical Marxist influences in Gresham and in Oregon. We encourage attendees to wear masks and maintain social distancing.