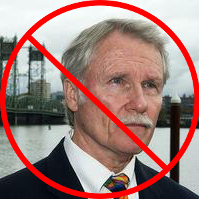 Trip to Bhutan to study "Gross National Happiness". Kitzhaber and his girlfriend went to Bhutan in April 2013, right in the middle of the Legislative session. Ya, PERS Reform and the CRC were real important to Kitzhaber. Memo to Kitz: the reason their economy is taking off is that they're embracing free markets and international trade. Not sure how you missed that while you were there ...
http://www.oregonlive.com/politics/index.ssf/2013/04/bhutan_happiness_measure_spell.html


The Rudy Crew Experience. Rudy Crew was Oregon's first appointed Chief Education Officer, after Kitz's pet bill eliminated the elected Superintendent of Schools position.  Crew was the second-highest paid state employee at $280,000. Highlights of the Crew's tenure include 9 weeks of paid time off, a complete absence from Salem during a legislative session he could have influenced, exorbitant travel expenses and a general lack of dedication to Oregon's schools. http://www.oregonlive.com/education/index.ssf/2013/07/more_details_emerge_on_ex-oreg.html

PERS Reform, if you can call it that. The Grand Bargain includes tax increases, a GMO bill (?!) and moderate cuts to PERS that most folks believe will be found unconstitutional by the courts after the unions get done litigating it. So much for reform. http://www.bendbulletin.com/news/1292327-151/grand-bargain-session-ends#


Columbia River Crossing (CRC). The approved design isn't high enough for businesses upstream to ship their products downriver to customers. Doesn't add any additional vehicle traffic lanes, but does add a light rail line, which Vancouver (Clark County WA) residents don't want. Talk about a bridge to nowhere. Oh, but hey, it adds a dedicated bike and pedestrian section. This project is estimate to cost around $3.6 Billion, but hey cost overruns (cough, cough) shouldn't be much. Kitzhaber thinks Oregonians are "willing" to pay for the entire bridge since Washington isn't going to fund their original part of it. Tolling will likely be over $3 and maybe closer to $4 each way, that certainly won't cause people to divert down I-84 to use the I-205 bridge and jam that up.


The national laughingstock known as Cover Oregon. Spent over $300 million to develop the website and systems, and an additional $28 million on an advertising campaign. Website wasn't ready for October 1st deadline. Reverted to a backup plan of paper applications, which will need the website working in order to process them anyways. The Cover Oregon Director requested 12 weeks off of paid medical leave. Personal information being shared with strangers. Can you trust the website or even the paper application process?


And finally, a strong defense of the public sector unions. At a Labor Day union event, Kitz makes a passionate statement against Right To Work legislation.