Obamacare comes to Oregon with $1,500 increases in health insurance prices 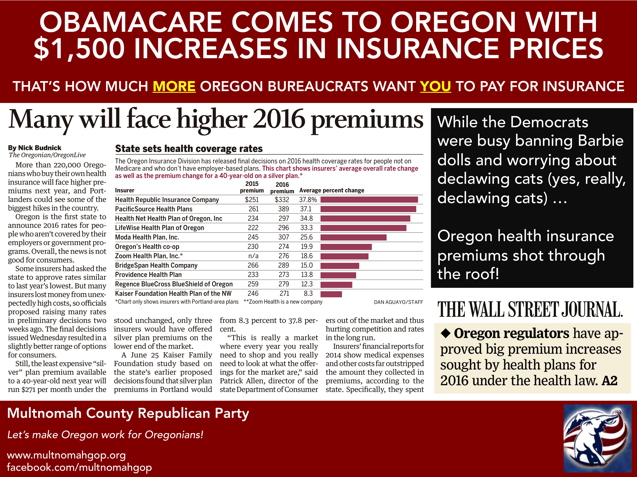 More than 220,000 Oregonians who buy their own health insurance will face higher premiums next year, according to the Oregonian.

Portlanders could see some of the biggest hikes in the country.

Officials say the rate increases reflect changes to the market due to Obamacare, which kicked in in 2014. More people, including sick people, bought policies in part because insurers were prohibited from denying coverage for preexisting medical conditions. A new tax penalty also punishess those who go uninsured.