Koin News 6 disclosed nearly half of the 64 million expected "Street Tax" dollars would be spent on safety improvements associated with the Vision Zero plan.  Were you thinking the full 64 million would be spent on road repairs, paving and maintenance or that the improvements would improve traffic congestion?  Think again.   Lowering the speed limit and lowering the legal limit for drunk driving from 0.8 to 0.5 are a couple of the Vision Zero ideas put forth by Portland Bureau of Transportation Safety Manager Gabe Graff.  The city has already requested permission to lower the speed limit on Burnside.

The 10 cents per gallon tax is expected to raise 64 million in 4 years.

An article in the Oregonian shows Commissioner Steve Novack in construction protective gear posing with heavy machinery.  But it goes on to explain that only 35.8 million dollars go toward paving projects while 28.2 million dollars go toward safety projects such as sidewalks and bike lanes. Watch for further reduced lanes for motor vehicle travel.

We have already seen stretches of roadway on the east side lose a lane of traffic for motor vehicles such as Glisan, Halsey, Division and Burnside.  The congestion has been dramatic especially during rush hour.   Since 2010, 77 lane miles have disappeared while the population grew by 18,00 people.

There are more congestion causing improvements already planned. Foster, Powell and more on Division will lose lanes for motor vehicle traffic associated with the Foster Streetscape and the Division Powell Bus Rapid Transit.  The Powell/Division/Clinton area has already been challenged with traffic volumes.  It makes one wonder how SE Portland will absorb the lane loss planned for Powell and Foster.   The Vision Zero improvements promise to cause further congestion.

Think how much more congestion the city could cause if we gave them 15 cents a gallon tax... 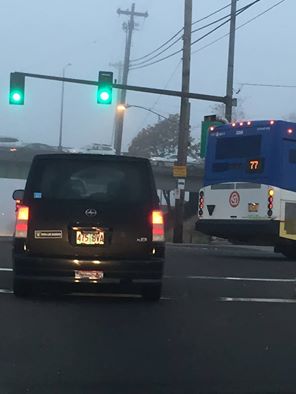