Report from the 2019 Lincoln Day Dinner 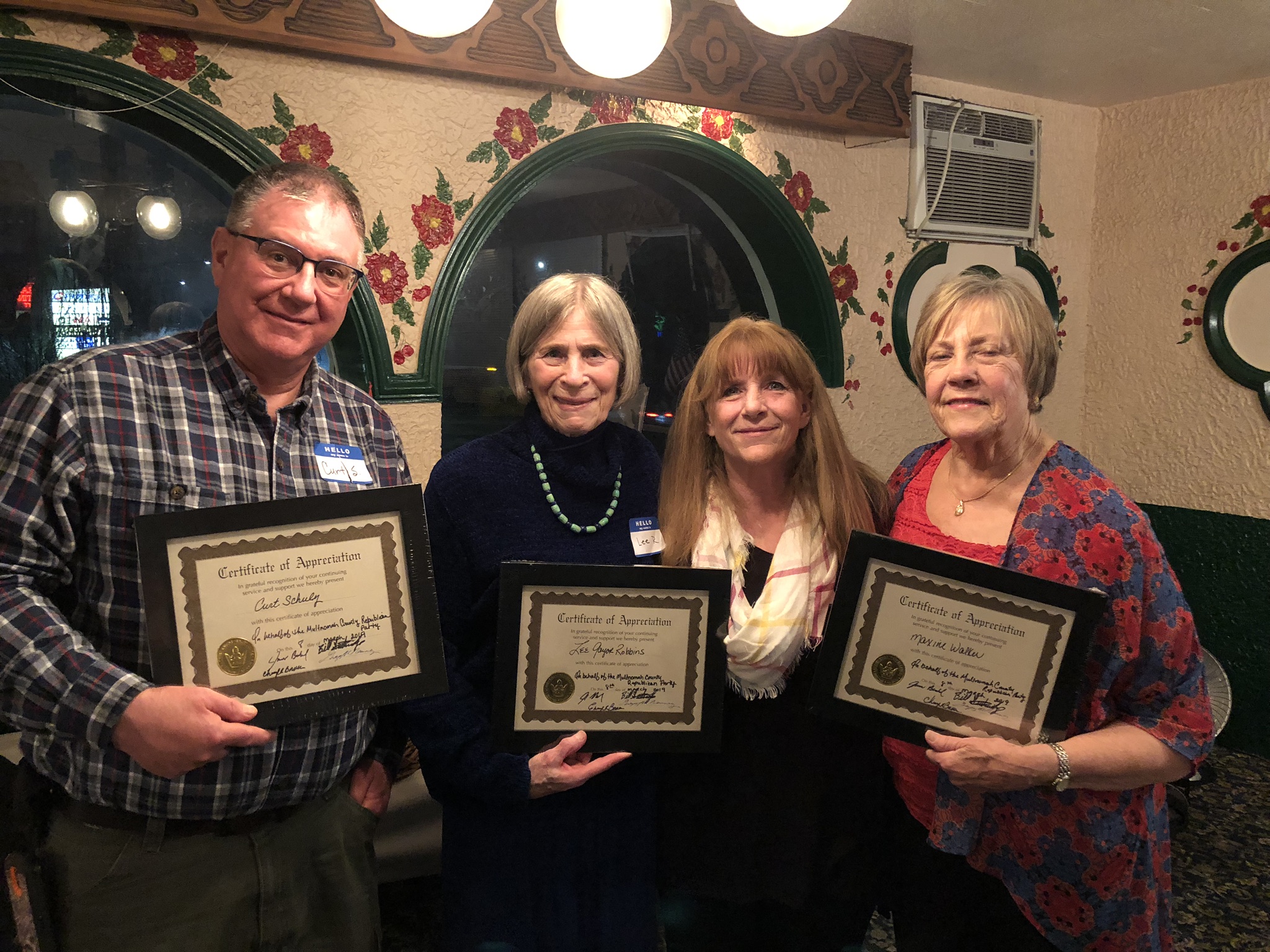 Awards for those who helped make the March 8, 2019, Multnomah County Republican Party's Lincoln Day Dinner a success.  Below are remarks made by Chairman James Buchal about the threats Republicans face and how to address them.  A video version is available here.

This evening is a demonstration of what we can accomplish, working together, relying on ourselves.  We are the party that cherishes self-reliance, and the individual’s right to life, liberty, property and the pursuit of happiness.

I want to close the evening with some remarks on two themes. First, the threat we face, and second, how it is only us, working together, who can make any difference.

We are at the end stages of a longstanding campaign to destroy the United States. We have raised a self-loathing generation riddled with guilt over historical injustices that for all practical purposes vanished long ago. Our schools are mobilizing generations of ignorant and brainwashed children as a vector for revolution. They are taught to hate the greatest figures in American history as dead white men who owned slaves. And taught to practice the oldest politics of all: tribalism.

And so we the rise of mob rule in Portland, as our City government experiments with how to raise a mob it thinks it can control. A couple of weeks ago, I took part in a listening session, where the Mayor and Chief of Police sat on an elevated dais watching a crowd of Leftists perform like trained monkeys. There were hundreds of yellow cards preprinted to tell them when to listen, and when to inflame them to shout down speakers like me by holding up the sign: “Lies”.

I told the Mayor and Chief of Police that as a small and unpopular minority, with maybe 14% of the vote, we didn’t feel safe in Portland, and hiring Leftist propagandists to take police off the streets and teach them about white privilege wasn’t going to help. But of course, the City Government is not about helping us, the deplorables.

We are going to have to help ourselves. We are long past the point where we can just hope that our leaders, even President Trump, can fix this without our help. As Patrick Henry said: “. . . it is natural to man to indulge in the illusions of hope. We are apt to shut our eyes against a painful truth, and listen to the song of that siren till she transforms us into beasts.”

The truth is that the leaders we have elected have failed us again and again. Let us be truthful about it. There are now more federal judicial vacancies than when President Trump took office, and not one Federal department is fully staffed, because the Republican Senate has let the Democrats run wild.

Here in Oregon, even as we face a full-scale invasion of the Free Stuff Army through open borders, our only Oregon Republican Congressman has voted to try and stop President Trump’s declaration of a national emergency on the southern border. He’s been really busy, voting to put more large area of Oregon out of reach for any future economic development, and running propaganda in the Bend papers about how we all have to fight climate change.

Our votes for Republicans may help slow down the collapse of this country, but we are still sinking fast into a pit of debt, corruption and tribalism.

The truth is that when we, as Republicans, just want to be left alone, and another party, the Democrats, wants to dominate and control our every decision, the classic conservate model of politics no long works. We only keep our freedoms by defeating those who want to take them away from us. We have more and more people living in our country who want to put us under totalitarian socialist control. We will only be free if we drive those who are no longer our countrymen from the public square.We are the remnant that can still see that truth. That is a rare thing. That is a valuable thing. That is the starting point for our efforts.

All over Multnomah County, people, especially young people, are hungry for the truth. They realize they live in a world of lies. They know that someone has stolen their future, but they have no idea about what really happened.

We know. We know how crooked judges have hacked off one piece of the Constitution after another, and created nearly every problem we have. We know there is no such thing as a free lunch in spending bills putting us so far in debt no one can even fathom it.

We know that we will always have the poor with us, and the rich with us, and that letting the poor or the rich treat government like some mother goddess whose nipple they can firmly fasten their teeth onto will destroy us all.

We know that government by social justice mob is not just. We know that Martin Luther King was right that we should be judging people by the content of their character, not by the color of their skin, or how high up the identity group totem pole they might be this week.

Who else but can teach these truths? The Portland Public Schools? The media? Cowardly leaders who are afraid of telling the truth because it might offend someone? There isn’t any freedom fairy that will come and spread magic dust on the electorate to wake them up.

We can have confidence in our principles. Most have you have seen the little one-pagers “I am a Republican because”. These core principles are true, and they are popular.

It is ironic that we have so many supposed anti-Fascists in Multnomah County. Benito Mussolini, the most famous fascist, described the fascist philosophy in one sentence: “Everything within the state, nothing outside the state, nothing against the state.” That pretty much describes Oregon Democrats, but that’s not the future Oregonians want.
We have to overcome prejudice against Republicans, but we can learn to use that prejudice. Voters will take interest in what is unusual, and different, and noteworthy—like Republicans working in Multnomah County. A Republican counterculture is attractive to more and more young people. If we approach people with humility, and an open mind, and a willingness to listen, we can change minds.

And with each person we reach, we will have accomplished something important. There may be no glory in this, there may be no credit given, but this is the work that lasts forever. It’s not like a tweet that vanishes into cyberspace; these electronic things we focus on are just tools to reach the minds of our neighbors. Real change comes one mind at a time, from people talking to each other.

To be a PCP is to be an elected leader who stands for something. We should all strive to be not just someone fellow Republicans in the neighborhood recognize, but non-affiliated voters as well. Our courage and willingness to speak the truth will bring in more and more people who are rightly concerned about what is going on.

And when elections come, we need to go out and harvest the ballots one vote at a time. Our enemies are raising armies to do this, and we cannot make progress if we do not reach out too. All over Multnomah County, year after year, people sit at home, or in the old folks’ homes, who would be happy to vote Republican if someone just went and harvested the vote.

So in closing, take heart, stay strong in the faith. We are all stuck in this sewer of rising socialism, but we, as Republicans, are looking to the stars. We look toward a future of freedom and prosperity. We know that whether it comes in our lifetimes, or after some Dark Age to come, freedom and prosperity will come again. And we know that our efforts to reach out, and enlighten our fellow American souls with the truth, to bring them out of the path of darkness, is work of eternal significance. 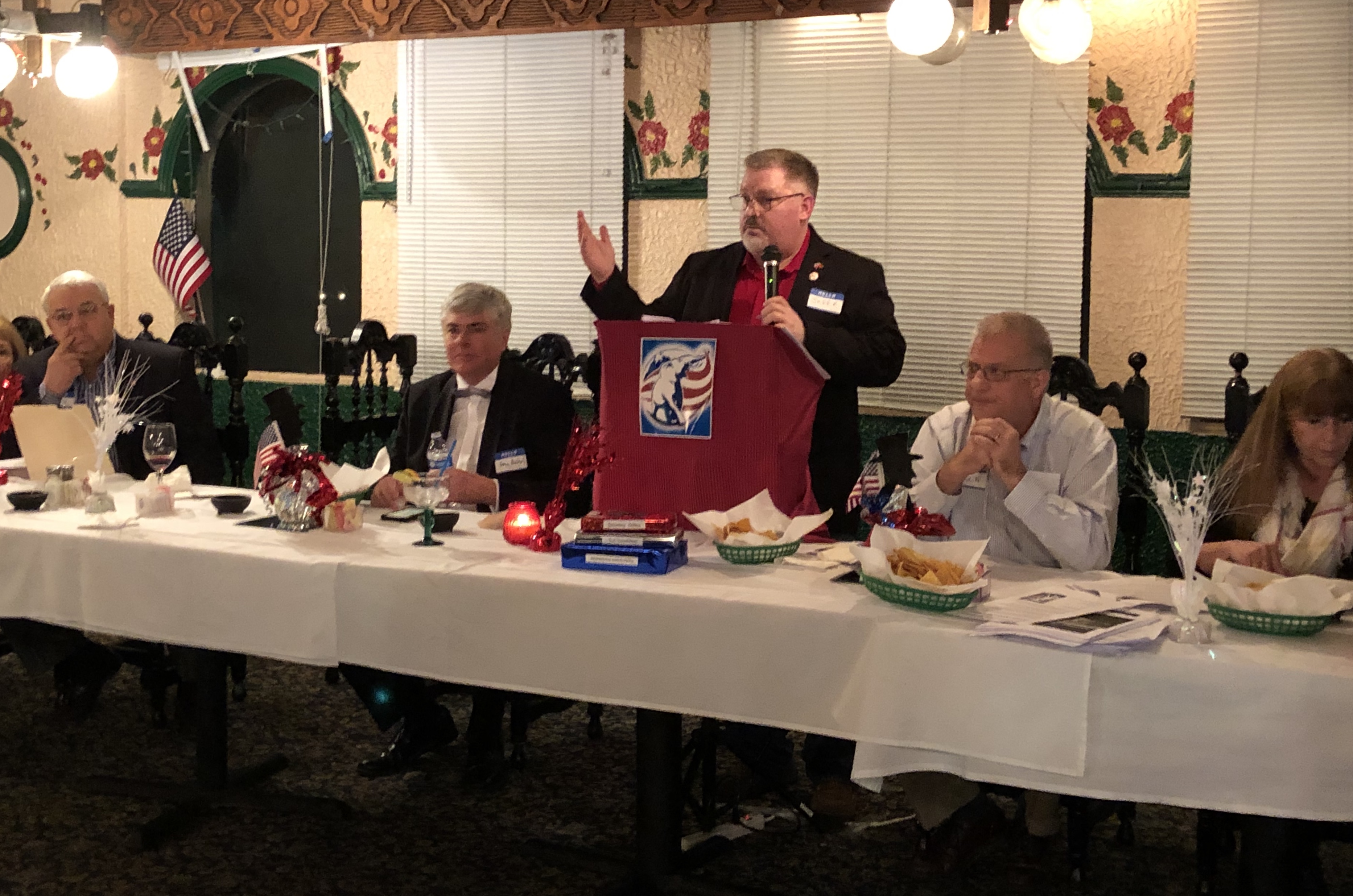