The Multnomah County Republican party thanks The Deplorables Tour for its donation of two VIP tickets to auction off at this year's Lincoln Day Dinner, and is pleased to announce discount tickets are now available using the "GOP" code at THIS LINK.

Blending comedy, observational humor, and music, they promise to unleash the conservative mindset, transcending politics and unabashedly mocking liberals while celebrating the American Dream. You’ll finally be laughing for the RIGHT reason.
VIP Tickets include premium seating, meet & greet, and pics with the stars. So bring your cameras! 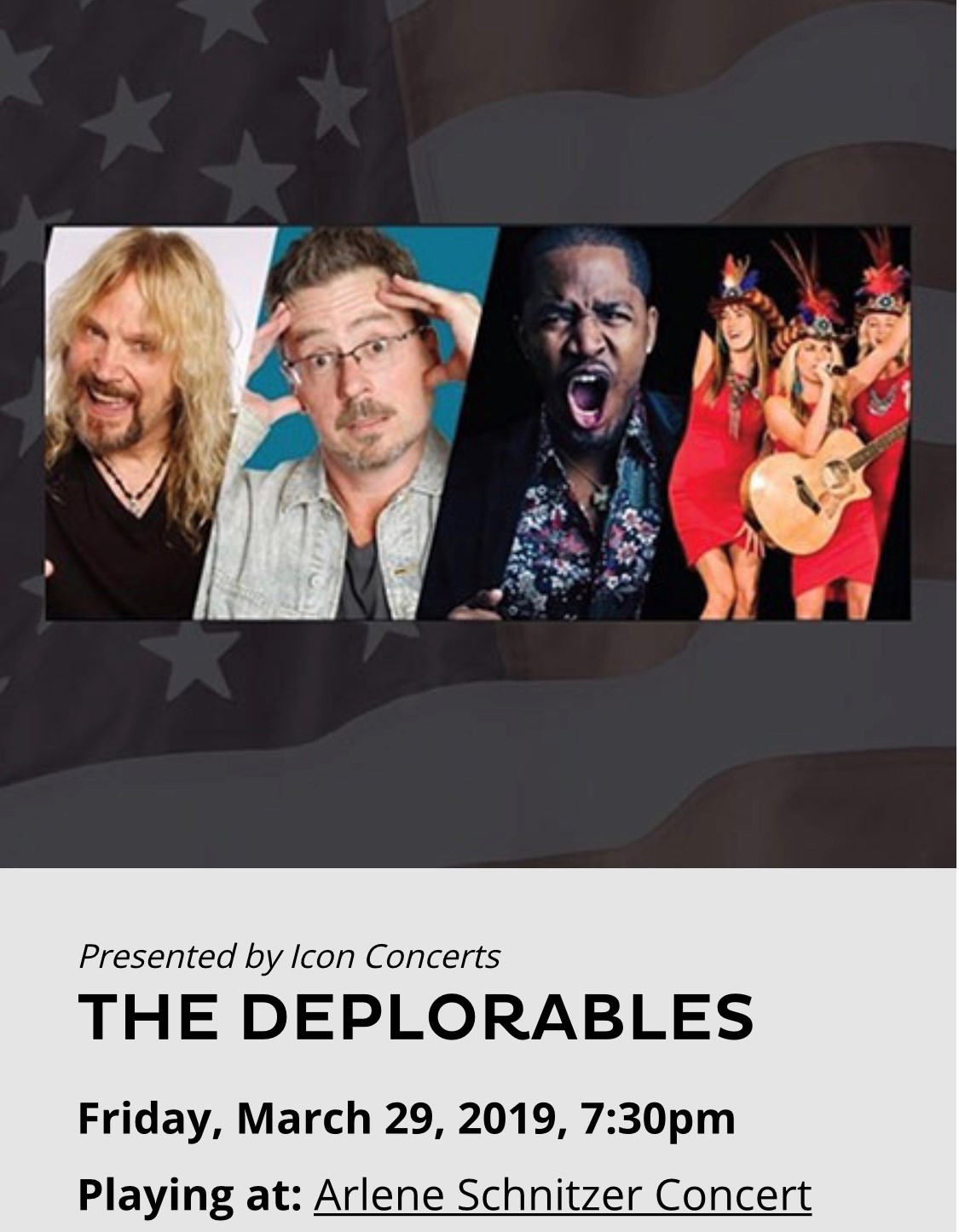