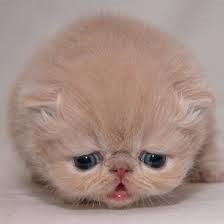 For some reason, the Portland Mercury thinks that the comparatively rare breed of Republican kitten in Multnomah County needs help getting adopted, as opposed to the more common Democratic variety, a typical Leftist failure to understand economic principles.  In response to their column . . .

Here at the Multnomah County Republican Party, we're terribly concerned about the rising number of homeless Democratic kittens—which is why we're devoting space on our website this week to cats considered unadoptable. WILL YOU OPEN YOUR HEART AND HOME TO ONE OF PORTLAND'S UBIQUITOUS DEMOCRATIC KITTENS?